The Debt Management Office (DMO) has published in a circular dated Wednesday 12th December 2017 that The Federal Government of Nigeria (FGN) shall on 19th December 2018 offer for subscription by auction, a 5, 7 and 10 years re-opening of previously issued Bonds.

The details of the offer are as specified below; 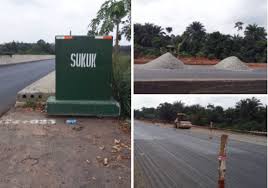 The details of the offer are as specified below:

FGN Roads Sukuk Company 1 Plc. on behalf of the Federal Government of Nigeria.

Bullet repayment on the date of maturity.

Proceeds will be used solely for the construction and rehabilitation of key roads across the six geopolitical zones of the country.

Backed by the full faith and credit of the Federal Government of Nigeria.

The Securities and Exchange Commission (SEC) approved the amendments to its regulatory framework which now prohibits stockbrokers from engaging in any form of guaranteed investments on behalf of shareholders.

The amended regulation also requires stockbrokers to categorically inform their clients, in writing, that they cannot engage in guaranteed investments on their behalf.

In the same vein, stockbrokers are banned from guaranteeing shareholders against losses in the course of their business relationships.

Following this development, any stockbroker who violates the newly approved regulation by engaging in any form of guaranteed dealings on the Nigerian Stock Exchange, NSE, will be penalised.

The sanctions can come in the form of a 10-day suspension from trading activities on the NSE, N5 million fine, as well as a daily fine of N20,000 from the day the N5 million fine is imposed until the day it is fully paid.

In a situation whereby, it is proven that a compliance officer of a dealing member is aware of a violation but refuses to report such, he or she would risk being blacklisted.

The need to amend the SEC regulation and stipulate stiff punishment became necessary as “part of efforts to clearly outline the risk horizon of quoted securities and plug a loophole that has lured many unsuspecting investors into bogus investment schemes.”

Prior to this time, there had been a significant increase in the abuse of guaranteed investments which, unfortunately, resulted in losses.

The Securities and Exchange Commission (SEC) on Monday 3rd December 2018 held an unveiling ceremony in Abuja, in respect of the Green Bonds Issuance Rules, which were formulated in October 2018 after a series of collaborations with stakeholders in the capital market.

In a press statement, SEC explained that some of the stakeholders it collaborated with include the Green Bonds Market Development Programme, the FMDQ OTC Securities Exchange, and the Financial Sector Deepening Africa.

The essence of these collaborations was to “create an enabling environment for issuers and other stakeholders to take advantage of the tremendous opportunities that Green Bonds offer”, the statement reads in parts.

Meanwhile, the Acting Director-General of the Securities and Exchange Commission, Ms. Mary Uduk, spoke during the launch event. According to her, the rules are coming at the right time when stakeholders are trying to direct investment to more sustainable economic activities.

“As Nigeria strives to harness the resources of non-oil sectors to anchor the transition to a more resilient economy, there is the urgent need to close the country’s infrastructure gap with investments in sustainable finance initiatives. The SEC’s release of the green bond rules is a significant step in furthering the complementary efforts of the government, regulators and the financial services industry to direct financial capital to more sustainable economic activity.”

This report is a compilation of the dollar exchange rate at the official and parallel market from the 3rd of December to the 14th of December 2018.  The quoted parallel market prices are to serve as a guide to readers, as they represent the average price obtained daily from different black-market dealers in the Country.