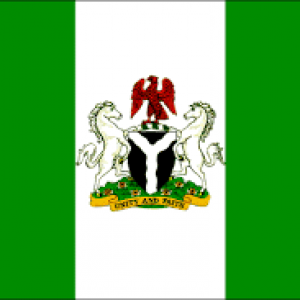 TELECOMS CONTRIBUTION TO GDP UP 6.7% IN Q2

The contributions of the telecoms sector to Nigeria’s Gross Domestic Product (GDP) according to the National Bureau of Statistics now stands at N1.549trn; up by 6.68% in Q2 2017 from its contribution to N1.452trn in Q1 2017.

The report by the NBS has confirmed that the telecoms sector, during Q2 2017, contributed 9.5% to the total GDP of the country, up from 9.1% in Q1 2017. Experts say the figure which results to about 6.68% growth in the real term is an indication of the potentials the industry has to boost the country’s economy.

The Central Bank of Nigeria (CBN) has disclosed through its fourth quarterly Treasure Bills Issuance programme that it  plans to sell N917.1 billion worth of treasury bills in the next three months ending November 30.

Next year, as much as $25bn of sub-saharan Africa sovereign debt will mature with total maturities in 2023 expected to reach $62bn according to the Financial Times and Thompson Reuters.

The interbank money market will this week experience an outflow of N241bn through T-Bills and FGN Sukuk Bond auctions prompting uncertainty over the direction of movement in cost of funds.

Data from Financial Market Dealers Quote (FMDQ) showed that interest rate in collateralised lending (Open By Back OBB) fell by 1780bpts to 11.33% last week from 29.17% to the previous week.

Interest rates on overnight lending have dropped by 1780bpts to 12.17% last week from 30.92% the previous week. Also reflecting the impact of the inflows on market liquidity, treasury bills recorded 16% over subscription last week.

This report is a compilation of the dollar exchange rate at the official and parallel market from the 10th of September t to the 22nd of September, 2017.  The quoted parallel market prices are to serve as a guide to readers, as they represent the average price obtained daily from different black market dealers in the Country.