While you were away!
SEC SETS ASIDE N5BN FOR CAPITAL MARKET DEVELOPMENT FUND

The Securities and Exchange Commission (SEC), on Wednesday 10th May, 2017 disclosed that it has set aside N5 billion as seed capital for the take-off of the proposed Nigerian Capital Market Development Fund (NCMDF).
SEC also indicated that its shares dematerialization programme has run its full course, achieving a 100 per cent dematerialisation of shares with over 2.2 million investors mandating their accounts for e-dividend to-date. The Director General of the Commission, Mr. Mounir Gwarzo, who stated these at the 2017 first quarter post Capital Market Committee (CMC) media briefing, also said that “following the setting aside of the take-off capital the NCMDF will be launched at the second quarter CMC meeting, with the inauguration of the Board expected to take place in August 2017”.
According to him, membership of the Fund would have representation from SEC, trade groups, shareholders’ association, and Self-Regulatory Organisations (CROs). Gwarzo said that further funding of NCMDF would come from monies that would be forfeited by investors that had at one time or the other subscribed for shares with false identity, adding that henceforth, any investor that subscribes for shares with non-existent identity would be made to face the full wrath of the law.

SEC SET TO PENALIZE INDIVIDUALS WHO HAVE SUBSCRIBED TO SHARES ILLEGALLY 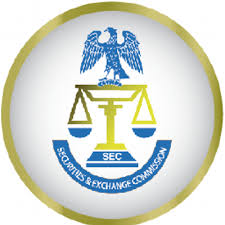 The Securities and Exchange Commission (SEC) has given a six month grace period to individuals who have made illegal subscriptions of shares. The Director General of the Commission, Mr. Mounir Gwarzo made this statement at the post Capital Market Committee (CMC) media briefing. He added that SEC will confiscate the shares and accruing dividends of such individuals, after the grace period.
In the words of the DG, “With regard to the use of non-existent identity in making multiple subscriptions of shares, we know that multiple application for share subscription is illegal. You cannot apply more than once, but we have noticed that a lot of people have applied with different names. We have also noticed that some people have applied with names that do not even belong to them, which is also illegal”.
“We have, therefore, resolved that investors who juggled their names for the purpose of multiple subscription should be given a forbearance period of six months within which they can lay claims to both their shares and accruing dividends subject to establishment of their identity and a verification process by the SEC, failing which such shares and accruing dividends shall be transferred to the NCDMF.
“We also resolved that shares and accruing dividends of non-existent shareholders should be forfeited and transferred to the NCDMF, and going forward, any person who engages in such act shall be prosecuted.

FEDERAL GOVERNMENT ISSUES MAY 2017 SAVINGS BOND AT A HIGHER RATE 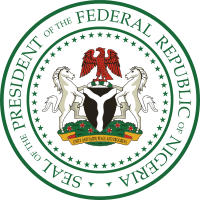 The National Pension Commission (PenCom), in April 2017, published amendments to the regulations on investment of pension fund assets.
Most notably, PenCom introduced a multi-fund structure for Pension Fund Administrators (PFA) and Retirement Savings Account (RSA) funds. The multi-fund structure shall comprise of Fund I, Fund II, Fund III and Fund IV and will differ according to their risk profile and overall exposures to variable income instruments such as Equities, Real Estate Investment Trusts (REITs) and Private Equity funds. The regulator also stipulated maximum and minimum investment exposure thresholds for the funds, specifying a six month window for compliance.

Some of the amendments are as detailed as follows:

1. INCLUSION OF ISLAMIC BOND (SUKUK) IN THE CLASS OF ALLOWABLE INSTRUMENTS
Sukuk Instruments (Islamic Bond) issued by eligible State and Local Governments or State Government Agencies or wholly owned companies of a State Government, as an asset class, have now been included in the list of Allowable Instruments (under section 4) in which PFAs may invest the pension fund assets under management.

2. MINIMUM INVESTMENT IN INFRASTRUCTURE FUNDS, PRIVATE EQUITY FUNDS AND BOND & SUKUK INSTRUMENTS ISSUED BY MDFOs – The 75% threshold for the investment of PFAs in either Infrastructure Funds, PE Funds or Bond/Sukuk issued by eligible Multilateral Development Finance Organizations (“MDFOs”) has been reduced to 60% under the Amended Regulations
3. INVESTMENT IN THE ORDINARY SHARES OF UNQUOTED BUT PROPOSED TO BE QUOTED PUBLIC LIMITED COMPANIES NOW ALLOWED –The Amended Regulations now permit investment of pension fund assets in the ordinary shares of public limited companies, if “the issuing companies’ shares are listed/quoted on a securities exchange registered by SEC or proposed to be listed/quoted through an IPO”.
4. INVESTMENT OF PENSION FUNDS IN A NEW COMPANY FORMED FROM COMBINATION ARRANGEMENTS OF EXISTING ENTITIES – In terms of section 5.2.4(iii) of the Amended Regulations, pension fund investments may be made in a newly established quoted company that evolved as a result of merger, acquisition or any other combination arrangement of existing corporate entities. This is however subject to the condition that, at least, one of the erstwhile companies had satisfied the minimum quality requirements for investment in ordinary shares, stated in section 5.2.4 (i) & (ii) of the Amended Regulations. This flexibility was hitherto unavailable under the 2012 Regulations.
5. INVESTMENT IN A NON-INTEREST COMPLIANT MONEY MARKET INSTRUMENTS – Another asset class introduced by PenCom under the Amended Regulations for investment by PFAs is non-interest (Islamic) money market instruments of banks and commercial papers of corporate entities. Stated under section 5.2.5(iii), the provision stipulates, among other conditions, that “where the investment is in a Non-Interest Compliant money market instrument, it shall be in compliance with the CBN’s guidelines for the regulation & supervision of institutions offering non-interest financial services”.
6. INVESTMENT IN EUROBOND, GDRs AND GDNs – The Amended Regulations introduce different eligibility requirements for Global Depository Receipts (GDRs) and Global Depository Notes (GDNs) issued in other country and Naira-denominated GDRs/GDNs. Eligible and Federal Government-guaranteed Eurobond, GDRs and GDNs remain allowable instruments under the Amended Regulations but the regulations have been relaxed for foreign issuances.

This report is a compilation of the dollar exchange rate at the official and parallel market from the 1st of May to the 12th of May, 2017. The quoted parallel market prices are to serve as a guide to readers, as they represent the average price obtained daily from different black market dealers in the Country.