The Federal Government of Nigeria Debt Management Office (DMO) announced on Wednesday 29th March, 2017 that it has finally raised $500 million via a 15-year Eurobond issuance. The bonds were raised at a yield of 7.5%.

After a successful $1 billion Eurobond issuance last month, the government approached the National Assembly to raise an additional $500m. It explained that it wanted to take advantage of favourable market conditions to issue a Eurobond Debt Instrument of $500 million “to fund the implementation of the 2016 budget,”

The Senate on the 22nd of March unanimously approved the extra $500 million issuance, paving the way for this issuance.

The loan now forecloses any future Eurobond borrowing by the government as they have now exhausted the quota approved by the National Assembly.

Proceeds of the $500 million Eurobond will be used to fund capital projects in the 2016 budget. 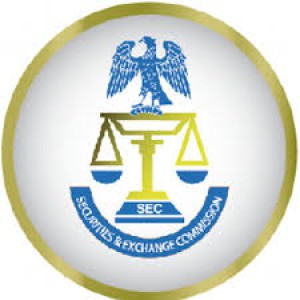 SEC PROPOSES REDUCTION IN THE ISSUING COST OF IPOs, PUBLIC OFFERS AND BONDS IN NIGERIA

The Securities and Exchange Commission (SEC) has commenced the process of reviewing downward the costs of issuance in the primary market with a view to encouraging companies and governments to increase the use of capital market for their financing.

A circular on proposed new rule and sundry amendments to the rules and regulations of the Commission obtained from the regulator’s website, indicated considerable reduction in the costs of issue in the primary fixed income market and equity market.

In a demonstration of its commitment to a virile primary market, SEC seeks to reduce its fees on both primary equity and fixed income issues as well as fees payable to the Nigerian Stock Exchange (NSE) and the Central Securities and Clearing System (CSCS) Plc.

The amendments also seek to remove ambiguities and block loopholes by specifying limits for previously unspecified items. Under the proposed amendments, the cost of underwriting for both primary equity and fixed income offer shall not exceed 2.3 per cent of the offer size while the cost of printing in either case shall not exceed 0.2 per cent as against the existing practices where there are no ceilings for such items.

Also, as against the current rule where the bid and offer prices of units in a collective investment scheme are calculated on a weekly basis by the scheme manager, an amendment seeks to make such calculation on a daily basis.

In its bid to enhance regulations for Nigerian and foreign-denominated debt issues, the Commission plans to introduce a new rule that makes it mandatory that all debt securities issued in Nigeria by the Federal Government of Nigeria State and Local Government, Supranational and Corporate entities, shall be bought, sold or transferred in the secondary market only through a SEC-registered trading facility or Securities Exchange.

The Central Bank of Nigeria has announced that it would increase the amount of forex apportioned to Bureau de Change operators (BDCs) to $10,000 weekly from $8,000.

In a statement signed by Isaac Okorafor, the apex bank said it would announce new rates on Monday, April 3.

“In continuation of its determination to sustain liquidity in the foreign exchange market, the Central Bank of Nigeria (CBN) wishes to inform market participants and the general public that it will commence twice weekly forex sales to Bureaux de Change (BDCs) from Monday, April 3, 2017.

“Licensed BDC operators are therefore required to fund their accounts with the CBN on Mondays and Wednesdays, while they receive their purchases on Tuesdays and Thursdays respectively.

On Monday, March 27, CBN announced new rates for commercial banks, directing them to sell at 360 to a dollar as against previous rates of 375

The Monetary Policy Committee (MPC) of the Central Bank of Nigeria (CBN) on Monday, 20th and Tuesday 21st of March 2017 met and decided to retain the current Monetary Policy Rate (MPR) of 14 percent.

According to the CBN Communiqué No. 112 of the MPC Meeting 20th to 21st March 2017 signed by the CBN governor, the MPC decided to retain the Monetary Policy Rate (MPR) at 14 percent, the Cash Reserve Ratio (CRR) at 22.5 percent, the Liquidity Ratio at 30 percent and the Asymmetric corridor at +200 and -500 basis points around the MPR.

This decision comes off the back of the country recording its first drop in its inflation rate in 15 years and first negative growth in 25 years. From all indications, it is worthy to note that the decision to hold on all policy parameters was not surprising to market watchers and indeed the market. This means that the decision would have limited or no impact at all on the market.

This report is a compilation of the dollar exchange rate at the official and parallel market from the 20th of March to the 31st of March, 2017.  The quoted parallel market prices are to serve as a guide to readers, as they represent the average price obtained daily from different black market dealers in the Country.