The London Stock Exchange on Thursday 16th February, 2017 welcomed Nigeria’s $1 billion 15-year unsecured Sovereign Eurobond. The Offer which was oversubscribed by 780%, with a B+ credit rating by Fitch Global Rating Agency, is said to be the longest ever maturity for an international Nigerian issuance, highlighting strong international investor demand and demonstrating confidence in Nigeria’s economy. 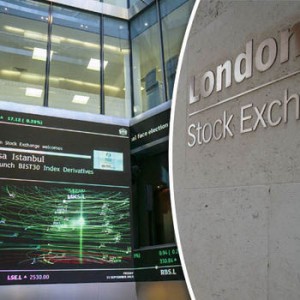 Simon Kirby, the Economic Secretary to the Treasury, in the Exchange’s press release, said: “I am delighted that the Nigerian government has chosen London as the location to list its $1bn sovereign bond. This issuance underlines Britain’s position as the world’s leading global financial center and strengthens our economic and financial relationship with Nigeria.”

The success of Nigeria’s bond listing is a strong statement of international investor interest in building exposure to Nigeria’s economy. It reinforces London Stock Exchange’s status as a strong partner to Nigeria and the City’s ability to provide a deep additional channel of finance for the development of Nigerian infrastructure and the growth of the economy.” 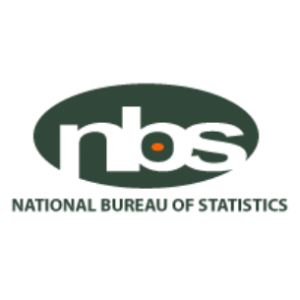 Data released by the National Bureau of Statistics has shown that Nigeria’s inflation rate in January 2017 was 18.72%. This represents an increase of 0.17% over the December 2016 inflation rate of 18.55%.

This increase is more than the 0.07% increase recorded between November 2016 and December 2016 but is far lower than the sharp increases recorded month-on-month during the first three-quarters of 2016.

Additionally, a separate food index showed inflation at 17.82 percent from 17.39 percent in December 2016.

According to the Bureau, the faster pace of growth in headline inflation, year on year, were recorded in the following products; bread and cereals, meat, fish, oils
and fats, potatoes, yams and other tubers, wine and spirits, clothing materials and accessories, electricity, cooking gas, liquid and solid fuels, motor cars and maintenance, vehicle spare parts and fuels and lubricants, for personal transport equipment, passenger transport by road

The National Bureau of Statistics (NBS) has reported that Nigeria’s capital importation dropped by a whopping 46.8% to N$5.1 billion on a year on year basis.

Data also shows that in the year 2016, capital importation fell by 46.86%, from $9.64 billion in 2015 to $5.12 billion. This was the lowest value since the series started in 2007, according to the NBS. The figure reflects the numerous economic challenges that afflicted Nigeria in 2016, the bureau opines. The weakening of the naira may have had an impact: a weaker naira means more can be purchased with each dollar, and therefore investment projects

Portfolio investment on shares had the largest proportion of capital inflow spending in the country in 2016. This was followed closely by banking, and oil and gas.

The Central Bank of Nigeria (CBN) has announced the amendment of its S4 business rules and guidelines. The rules specify how banks can borrow cash from other banks or the CBN to cover their temporary shortfalls or meet their obligations.

According to the rules, any commercial bank that fails to comply with the new directives will be suspended from the CBN window for eight weeks.

The circular which was released on Wednesday 1st February reads as follows:

“With reference to Section 10.1 of the S4 business rules and guidelines, which states among others that transaction with the CBN, any auction or two-way quote with the CBN must be settled. If it is in queue, it shall be given highest priority and when it fails to settle, the system shall generate an automatic Intra-day Liquidity Facility (ILF) backed by collateral to settle the transaction,” he wrote.

“Where there are no securities, the allotment shall be cancelled and the defaulter suspended from all auctions for eight weeks, effective from the date of default.

“The ILF shall be bought back or converted to Standing Lending Facility (SLF) by the participant by the close of business day, failing which it shall be automatically converted to SLF at the prevailing SLF rate plus 500 basis points.

“If any SLF is not purchased by the participant by the next business day, such participant shall not be eligible to access the CBN discount window until such outstanding obligation is settled in accordance with Section 27 of the Guidelines for the Conduct of Repurchase Transactions under the CBN Standing Facilities.

“Henceforth, all SLF must be bought back latest by 10am on the maturity date, failing which encumbered securities would be automatically rediscounted.”

With the new rules, CBN hopes to assess the quantum of liquidity in each bank and identify banks that are having liquidity challenges. 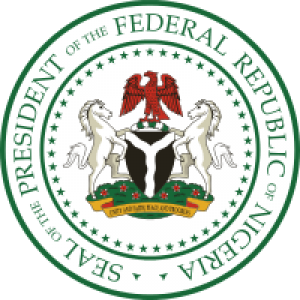 The Federal Government has approved the proposed amendment to the National tax policy, which reflects an increase in Value Added Tax (VAT) for luxury items such as champagne. The reviewed policy which is also subject to the approval of the national assembly was disclosed by the Country’s Minister for Finance, Mrs. Kemi Adeosun, after the Federal Executive Council (FEC) meeting held on Wednesday 1st February, 2017.

The Finance Minister stated that at its current rate of 5%, Nigeria has one of the lowest Value Added Tax regimes in the world. She added that the Tax contribution to GDP currently stands at about six percent, and the last amendment to the VAT was in 1994 by the regime of General Sani Abacha.

It is pertinent to add that previous suggestions for a blanket increase in VAT to 10% during the administration of President Goodluck Jonathan had led to uproar among the business community.

Other proposed reforms to the tax policy include a mandate for the Independent National Electoral Commission (INEC) to mandate political parties to articulate tax agenda during elections, a dedicated tax policy website, and the setting up of a tax policy implementation committee. The Joint Tax Board (JTB) will also be given be a role beyond its current advisory role.

This report is a compilation of the dollar exchange rate at the official and parallel market from the 1st  of February to the17th of February, 2017.  The quoted parallel market prices are to serve as a guide to readers, as they represent the average price obtained daily from different black market dealers in the Country.